7 Top JavaScript Frameworks to use in 2020

JavaScript library and UI web technologies are developing rapidly so, here we’ve listed down top JavaScript frameworks to use in 2020.

Technology is today following the footsteps of renowned fashion trends globally. A new line of collections are launched almost every year or several times in different seasons of a single year in the fashion industry.

Similarly, technology too evolves rapidly according to dynamic end consumer demands. If you look at front-end development technology, vast JavaScript libraries has been around for quite some time now. It has evolved from simple technology and is now today comprised of several frameworks that help software developers build high quality and powerful web and mobile-friendly enterprise applications.

As with the world of fashion, a typical buyer or company (from a software perspective) will find it difficult to choose the right JavaScript library and framework to build their front-end of web applications.

If you are such a business wanting to choose from the top JavaScript frameworks available today, here are 7 choices explained for you to pick from:

React is gaining monumental popularity today for building robust front-end applications and also the fact that it has a strong React Native framework which empowers businesses to build powerful mobile apps for users across devices in iOS and Android operating environment.

By bringing together a component-based, declarative, and functional style for programming, React.JS is considered as the best JavaScript framework enabling thousands of front-end developers to build intuitive interfaces for several enterprise-level applications,

React was introduced by Facebook, the world’s largest social network and there is an extensively large community on the open-source population that provides support for React.

Hence, development projects on React are gaining traction and despite having a steeper learning curve, the framework is known to have helped developers build exceptional applications with relative ease.

Vue is a highly popular JavaScript framework that has quickly gained attention from the developer community due to its relatively lower and faster learning curve. It can be quickly customized, has a faster DOM manipulation ability when compared to other popular frameworks and is lightweight.

This makes it highly suitable for single page high-performance web applications or websites. It can help developers create powerful interfaces with little effort and with consistent levels of security required in the case of enterprise-grade web applications. Here are some of the popular websites developed in Vue JS.

It takes a cue from Angular by offering 2-way data binding and surprisingly it also offers the Virtual DOM capability of React. By combining the best of both these top JavaScript frameworks, Vue is a progressive option for developers looking to quickly build and deploy fast internet applications without much effort.

Regarded as one of the most widely used and top JavaScript framework globally, Angular offers developers a typescript-based development framework which is presently powering some of the world’s most visited websites and applications.

It was introduced by Google and is maintained as an open-source framework to benefit the large community that has grown around the framework.

Initially, Angular was a Model-View_Whatever (MVW) framework but over the course of time, it transformed into a component-based framework similar to competitors like React.

It is still one of the most secure JavaScript frameworks for enterprise application development and is especially useful while building new applications from scratch as it allows developers to utilize a whole plethora of customizations and scalable security measures. In addition to it, there are ample amount of awesome angular component libraries to make your web app more thriving.

Today over a million websites run on Angular including some of the world’s most famous ones such as Google, Forbes, IBM and so on.

Ember makes a different approach to framework classification as it is based on a Model-View-ViewModel (MVVW) architecture. The command-line interface of Ember, though not as user-friendly, is credited to being one of the most powerful and its string-based templating system makes it one of the fastest booting frameworks and one of the most productive ones out there.

This top JavaScript framework has a major user base in today’s web landscape with brands like Microsoft, LinkedIn and other major players constantly using it for several of their leading web offerings.

It enjoys a large community support from loyal users across the globe and is perfectly poised to help in developing large scale enterprise applications despite being around in the market for a long time now.

Next is a relatively new elite JavaScript framework that was developed by the React team. It was created with an intention to serve as a tool for server-side rendering.

It makes development activities more streamlined and efficient and helps in fastening development timelines. With fully-fledged CSS support, it enables front-end developers to style their interfaces easier and with better features.

Also, Next.JS has capabilities such as page-based client-side routing as well as automatic splitting of code to help in better performance and scripting.

Most developers use Next.js along with React framework to create interfaces that are intuitive and powerful. Next.js is predominantly a backend JavaScript framework and it has seen widespread adoption in businesses who utilize the React framework for front-end development.

Backbone is a popular top JavaScript framework that has existed for quite some time now. From its modest beginning to being used by some of the biggest websites on the internet, Backbone has a large fan following from its community of developers.

The Model View Collection (MVC) framework of scripting promoted by Backbone is of high demand in enterprise web applications that have several components of complex structures and requires high interactions.

With over 100 extensions and a soft dependency on JQuery, Backbone.JS enables businesses to create high performing web and mobile apps with a well-structured and organized architecture and format.

The open-source community behind Aurelia is growing at a steady pace and developers have never complained about any lack of support from the community.

The absence of unnecessary abstractions and the focus on web standards make Aurelia a standout candidate in the list of top JavaScript frameworks for 2020.

We have listed out the 7 top JavaScript frameworks for your web application development needs. As a business owner, you can decide on choosing any one of these for your needs depending on the scale and performance needed for the application.

For complete analysis including backend frameworks, you can check this one - best web development technologies in 2020.

If technology is not your core business, then you will need expert advisory and implementation support for such initiatives. This is where Citrusbug can make the ideal difference.

Get in touch with us to know how your business can make the most out of the top JavaScript frameworks available today. 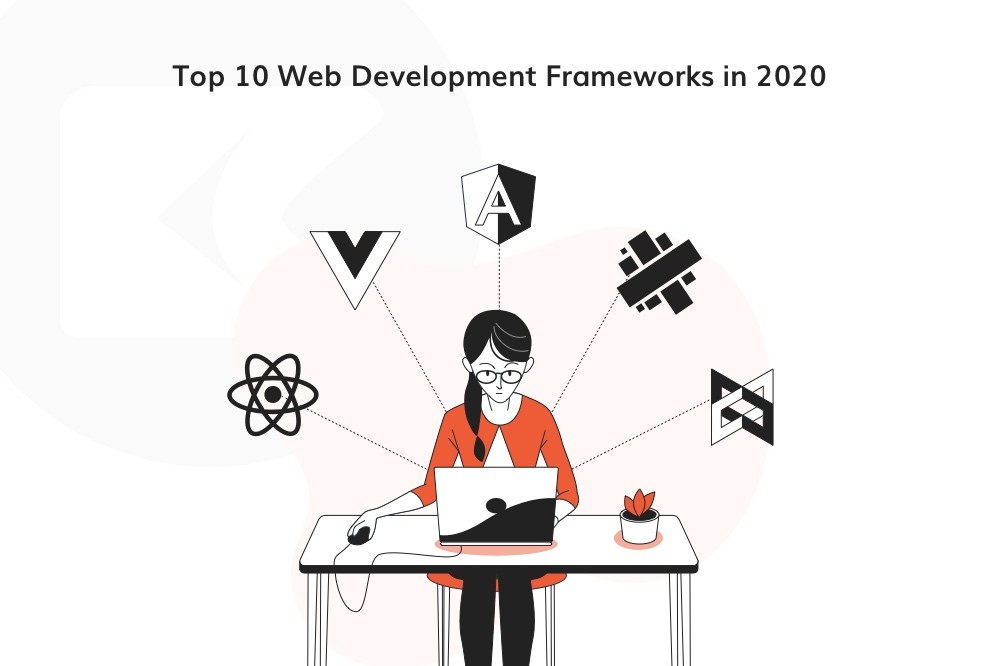