Python is one of the most used programming languages that is known for its simplicity and faster development time. With a variety of frameworks to offer, Python provides some of the most practical features that can be leveraged by businesses to digitize or customize their operations. From Google to IBM, Python is making organizations grow at a high pace with its amazing functionality and features. Find out how Python can help grow your business too.

Today every enterprise is setting its foot in the digital industry to spread its business globally. To successively become a part of digitization, it is imperative for businesses to choose such a programming language for their product development that is flexible, scalable, and cost-efficient. Some other parameters businesses typically consider while choosing a language are application security, app developer cost, user-friendliness, etc.

One language that adequately meets all these demands is Python. Python is one of the most sophisticated languages, which is simple, extendable, and can surely benefit your business in many different ways. That is why choosing a Python development company for your business up-gradation can have a huge positive impact in the long run. Let us go into details and study how?

The Surging Demand of Python in Businesses

Python has always been on top of the charts ever since its inception. However, in the recent few years, its demand has soared to new heights. In the last year, the demand for Python has jumped up by 27%, and why not. When applications such as YouTube, Instagram, and Quora use Python for their development, other companies too see its value.

From startups to large enterprises, everyone wants to hire python developers to build their projects because of the numerous offered benefits of the language. Some common reasons for the ever-expanding prominence of the language are:

Why Consider Python for Your Business in 2022?

Versatility is one of the major aspects that modern-day businesses focus on. And when we talk about a programming language, there is hardly any other language as versatile as Python. A few aspects that entice businesses to choose Python development services for product development are as follows:

There are multiple built-in dictionary data structures in Python that contribute to the faster runtime of the written code. Moreover, the length of code written in Python is way shorter than in any other language.

For instance, if you want to code a simple program to write ‘Hello’ on your screen. In Java, the code will be written as: 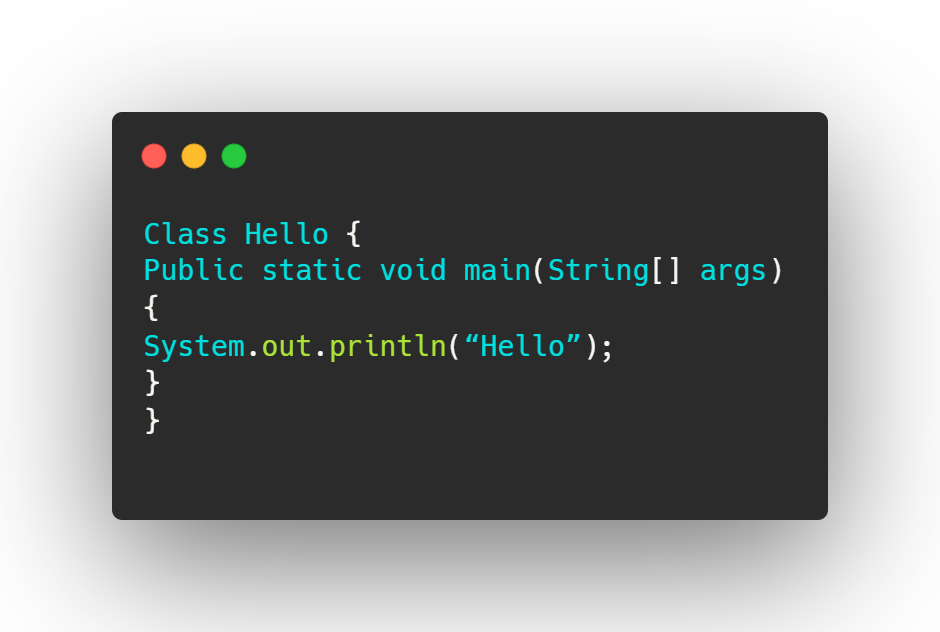 However, in Python, the code can be directly written as:

Apart from that, Python has strong process control and text processing capabilities along with an efficient unit testing framework. These abilities account for higher speed and productivity, which in turn helps in the completion of projects more swiftly.

2. It Provides an Ideal Platform for Web Development

In the realm of web development, Python is considered the most preferred language by developers. It is so because the language offers the developers a set of numerous valuable and uniques features such as:

Another reason why Python is suitable for developing projects for business operations is because of its portability. The code written in Python is entirely portable and can be used on different operating systems such as Linux, Unix, Mac, and Windows.

This feature of the language is useful to businesses as you can seamlessly switch to different platforms if required without reinvesting in code regeneration. It also saves immense time for your organization.

Development of prototypes and MVP (Minimum Viable Products) can be highly effective for business operations. They help to check the workability of the developed project and make any changes if required with minimal effort.

5. Keep Your Data Safe and Secure

Data and its security is considered to be one of the highest values for any business. It is estimated that nearly 64% of businesses have experienced web-based attacks to date.

What makes Python safe is that it hides the source code of your program from direct viewing, which makes it harder for hackers to breach the data. This invariably provides enhanced security to your applications and keeps them safe from external attacks.

Python provides a wide scope of frameworks to its developers. Fundamentally, Python has two types of frameworks:

Here is the difference between the two: 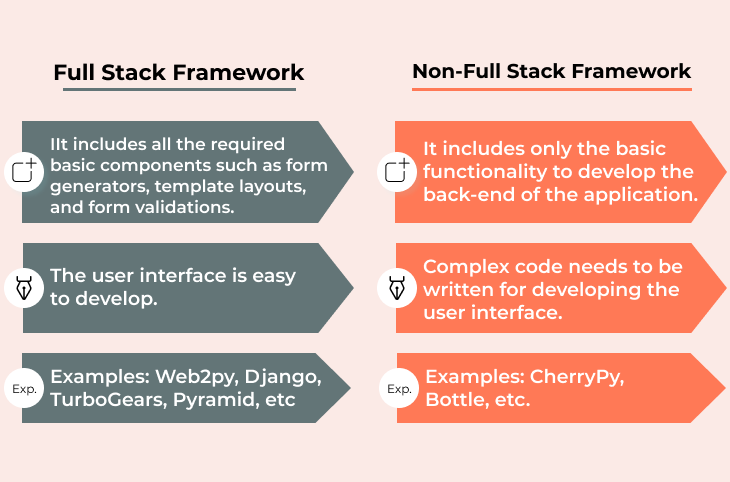 The multiple frameworks used in Python make the development process easier. It enables the developer to become more efficient and creative in their work. Also, the business client gets a wide range of framework options to select for their project and provide users with greater experience to their application.

7. Develop Your IoT Visions with Python

There is no doubt that the future of technology lies in IoT (Internet of Things). IoT is spreading like wildfire all across the globe because of its countless benefits. Python platforms like Raspberry Pi enable developers to build their own digital devices with ease.

Leveraging the advanced concepts of Python development, connecting with real-world markets for small and independent businesses has become extremely simple.

8. Save Money with Python

Though budget may not be a constraint for large enterprises, for small and medium-sized businesses, every penny counts. As mentioned above, Python uses efficient coding techniques that reduce the time to develop the code. Hence it provides a lower time to market.

The cost of any project is highly dependent on the working hours of a programmer. So if you are a startup with a stringent budget, you can hire Python programmer to get your project built at a reasonable price and get faster results.

Another factor that outshines Python from other programming languages is its test-driven development approach. In Python, the developers can plan and write the test study case before they start coding. This comes into use when the process of code development starts.

The written test cases can be used to test the code and provide results simultaneously, saving plenty of time. Also, the pre-needed set of materials based on the code can be tested using this approach. Various Python frameworks support unit testing, which helps keep bugs out of code and develop robust and efficient code for the program.

Python is an open-source language. Anybody can learn, develop, and use codes written in Python worldwide. There are over a million programmers who actively work regularly to improve Python’s core features and functionalities.

It is one of the biggest reasons for businesses to choose Python. However complex the code may be, the extensive network of the Python community is always there to support developers and provide a feasible solution.

Looking to Hire Python Developers for Your Business Operations

After 30 years of its inception, Python still dominates the web development market because of its brilliant modules, libraries, frameworks, and many other capabilities. There is no doubt that this great programming language can make your business applications develop at a tremendous pace.

So businesses must leverage Python to build their projects and enjoy fine and efficient working of the built applications. Citrusbug is a leading Python development company that has years of years and holds the expertise to develop the best web and mobile applications in Python. You may contact the Citrusbug team to discuss your project aspects with their expert guidance.

Compared to other languages, the syntax of Python is extremely simple and easy to learn. The straightforward functionalities of the language help coders to effortlessly write complex codes of programming.

Python is exceptionally suitable for different businesses. As it is a scripting language, it can automate specific tasks for business operations, making them more efficient.