Multiple programming languages such as C+, Java, Python, and more are offered in the modern IT industry. Among them, arguably, Python has become extremely popular and is widely used across the globe. In fact, a recent study stated that Python was considered the best programming language in 2019.

In this article, we will go over the benefits of Python programming and why it is preferred over other languages. 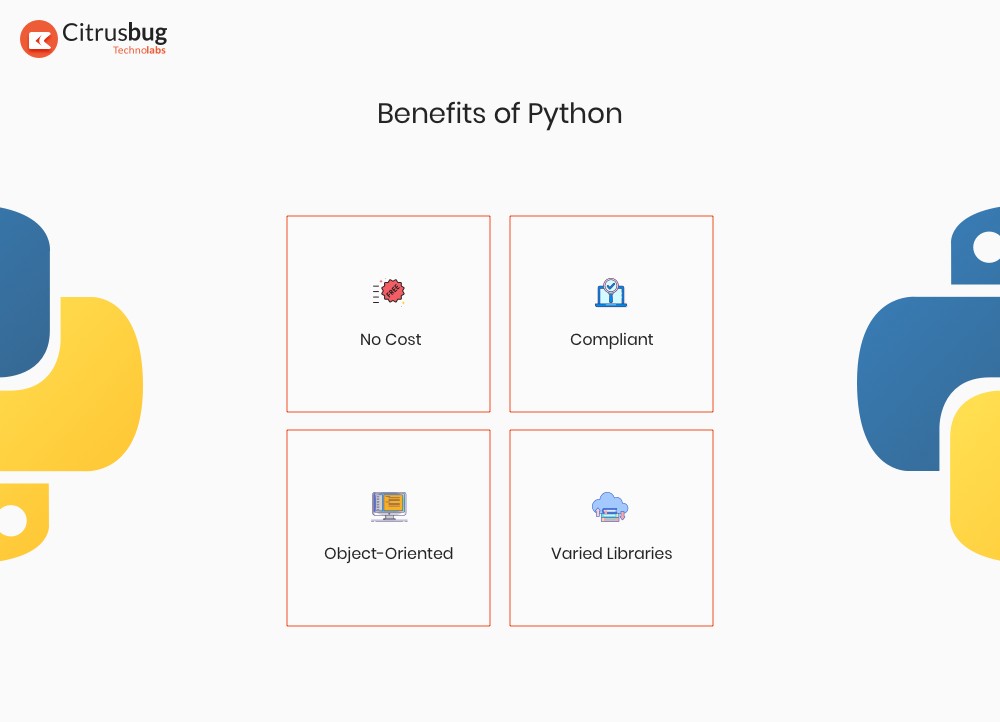 To understand the Python programming benefits, let’s start from the beginning. About forty years ago, Python was developed. Ever since, with the assistance of this technology, a lot of websites and applications have been created.

So, why do so many businesses choose Python to create their application and websites?

The answer is simple. Python is a script that is understandable and comprehensible. As a consequence, the creator can easily find their way around any challenges that arise. Here are some reasons that have largely contributed to the popularity of Python.

This technology for programming is free and available. It can be shared, copied, and modified by developers. Python has a strong culture as a result and grows rapidly. As for the group, it creates an opportunity for junior professionals to exchange expertise.

Python is compliant with multiple platforms, hence one of the biggest perks that Python offers is compatibility. Thus, developers usually do not face challenges that are present in other languages.

Python aids programming that is procedural and object-oriented. The first kind provides the application of interchangeable bits of code. As for OOP, it utilises data and functionality-based objects.

For Python, there are lots of libraries. As a consequence, programmers working on Python programming projects can handle metadata, files, web browsers, conduct unit testing, and so forth. Python can also be used for several projects, such as the creation of mobile and smartphone applications, difficult measurement systems, life care management systems, the Internet of Things, gaming, and much more.

Comparison With Other Programming Languages 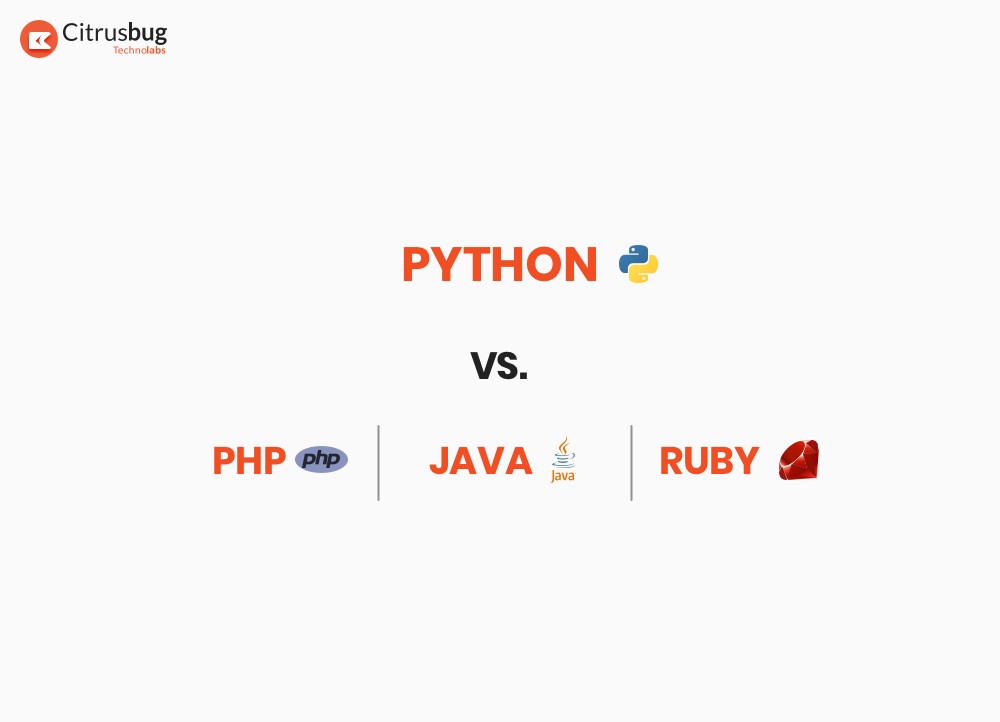 PHP is a web-oriented language from the point of view of development. A PHP app is also a compilation of separate scripts.

Python, though, is a powerful language to use for the development of web applications. The comparison between Python and PHP can be found below.

Popularity - For their projects, many consumers and product owners just choose to use common technology. That being said, PHP and Python are two of the most common in the world. In the creation of ventures like Wikipedia, Yahoo, WordPress, etc., PHP has been used. Simultaneously, Python has been used for the creation of giants like YouTube, Instagram, Quora, and even Spotify.

Frameworks - The number of frameworks is another important element in selecting technologies. The work of the programmers is also more relaxed and transparent. For PHP, the most common frameworks are Laravel, Symfony, Codelgniter, etc. However, with two primary frameworks; Django and Flask, Python has created a growing community to ensure users can benefit from the latest updates.

Ease of Use - In order to effectively work on any project, it’s crucial to choose a programming language that is simple to understand. When it comes to learning the language, Python wins by a mile.

In comparison to Java, some programmers believe that Python is more efficient. So, let's get to the comparison!

Java refers to a characterised language, but you have to specify the variable names. Python, on the other hand, is coded progressively and does not need a specification. In various programming languages, there are a lot of debates regarding static or dynamic coding.

Java offers an ability to develop multi-platform software, whereas many operating systems are compliant with Python. There is one important advantage of Java. It provides the opportunity to create applications based on the network.

In contrast to Python, Java is even more complicated. As a consequence, studying with no technical experience is very difficult.

Ruby's reputation for creating websites is the first thing to consider. For eg, Basecamp, Github, Slideshare, and more.

Python and Ruby are flexible and scalable object-oriented languages. They approach problems distinctly, though. Ruby gives a range of choices to select from, while Python just offers one. That being said, this could be both a benefit and a drawback.

Ruby-on-Rails is the most widespread framework. It's very similar to the Python framework — Django. In comparison, both these technologies involve wide communities.

As a consequence, both technologies have roughly equal constraints during web creation, because any issue can be overcome in either Ruby-on-Rails or in Django. Both technologies are simple and effective.

Which programming language to use for the creation of web applications? There is no one right answer to this question since technologies rely on project specifications and business objectives.

However, Python has a wide community which continues to grow this programming language. Today, it's popular to use Python for FinTech, Data Science, Deep Learning, and so on. As an outcome, giants like Google, Yandex, and Dropbox are embracing this technology and building a major project utilizing Python.

So, if you’re planning to build a website or a web application with an easy-to-use and highly compatible programming language, we’d recommend Python. To discuss your project in more detail, you should consider contacting us at Citrusbug and schedule a meeting with our experts!