The Increasing Trend of Django Websites and Applications

The trend of web development with Python is enormously growing along with its involvement in domains like artificial intelligence, machine learning, data science etc. And the most used framework of Python language for web development is - Django. There is no shortage of awesome Django website examples and mobile applications as well.

This framework was introduced back in 2005 and maintained by an American non-profit organization named Django Software Foundation (DSF). It is particularly free and open-source and follows Model-template-views (MTV) architecture pattern. Django strongly follows the principle of “DON’T REPEAT YOURSELF” emphasizing pluggability and reusability with less code, low coupling and rapid development.

Below are some of the fascinating features of Django:- 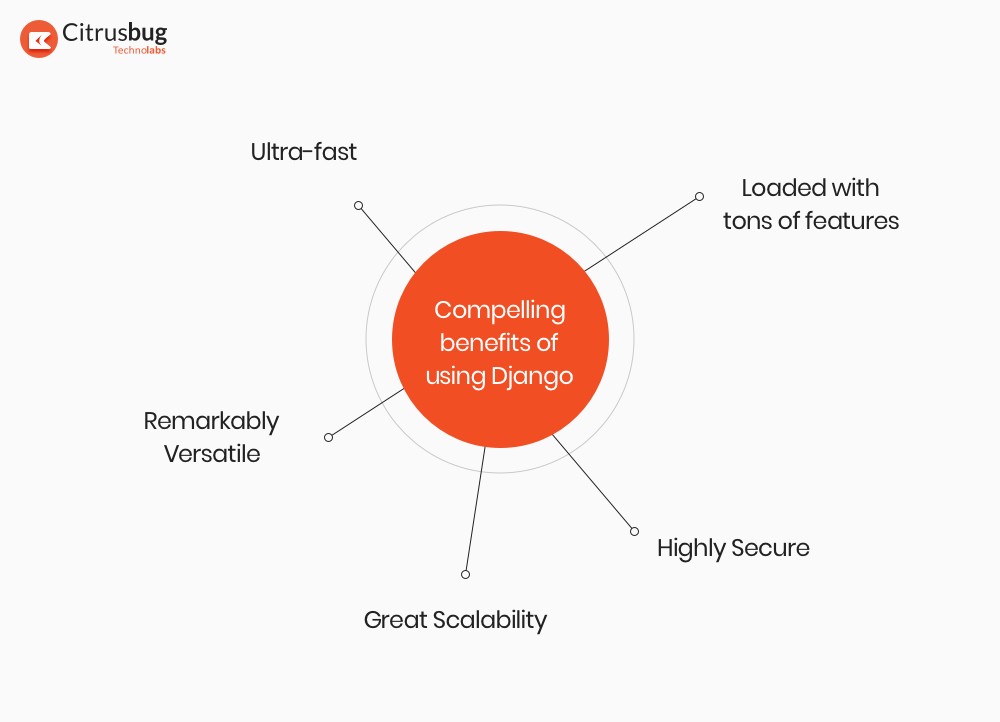 Due to these astonishing features which are very much adored by all backend web developers, usage of Django has experienced a huge spike in the web development industry. Following this many popular brands and companies have opted for this framework. Let's look at some of the thriving Django website examples. 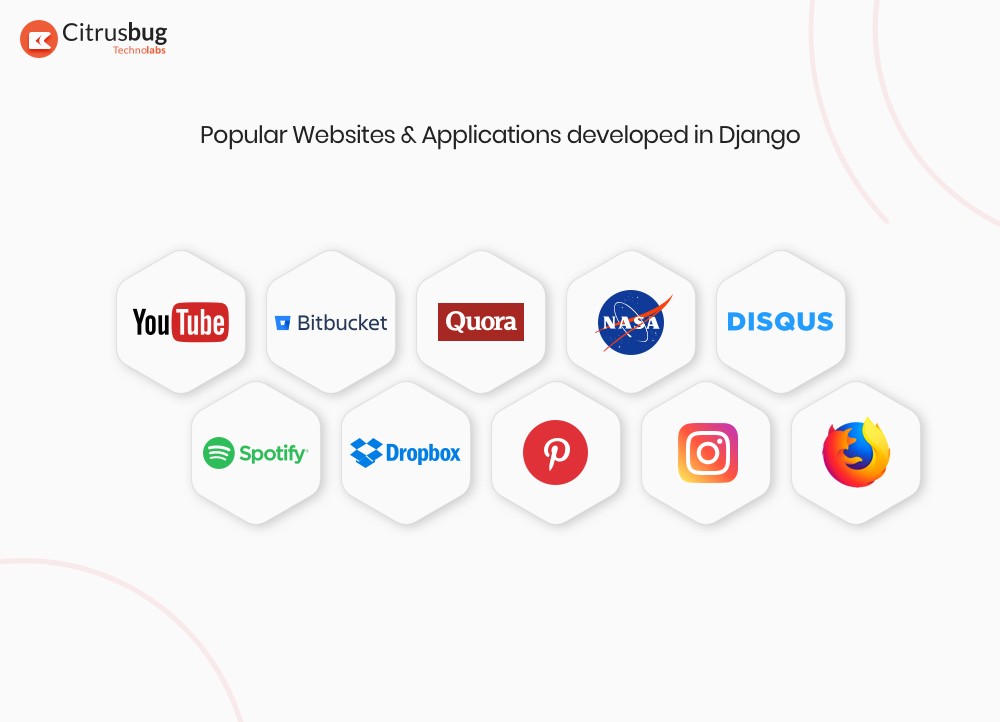 Here are the top Django Website and Application examples:-

With the capability of handling thousands of users at a time, the development team at Disqus cannot think of any other better framework than Django as it offers vast scalability options laced with blazing speed.

This online video sharing platform which was acquired by Google in 2006 needs no introduction. Having a user base of over 2 billion, it is also regarded as the second most used search engine followed by Google. This is indeed the best example of a Django website that handles a ginormous amount of data and users simultaneously.

Owned by Facebook, Instagram is a social media platform that focuses on visuals more than text. This image and video sharing platform has been growing rapidly and has already crossed the milestone of active 1 billion users.

Ui and Ux of this application have always been stunning, all thanks to Django which allowed frontend developers to seamlessly focus on the user-side without worrying about the backend processes.

This Django app - Spotify is a gold mine for music lovers and gained much popularity recently with a massive subscriber count of over 124 million. The main objective of developers at Spotify preferring Django is because of its imperative machine learning capability aligned with a fast backend.

This Django website example is for developers and programmers itself acting as an alternative to Github. Bitbucket is regarded as one of the popular destinations for developers to store the code. This code hosting website also has a massive user-base of tech-savvy people and contains some fascinating functionalities.

This American company is accredited as one the most valuable start-ups with a valuation of 10 billion + USD. Offering innovative file storage solutions and syncing all your devices together, Dropbox has garnered the attention of many small and big companies and is regarded as one the best cloud-based SaaS (software as a service).

Python has really helped it to operate smoothly and make the processes speedy. With that said, Dropbox stands as a strong Django website example that can integrate with cloud-storage paradigms.

Mozilla Firefox is still recognized as a strong rival to Google Chrome browser and remains a prime choice for desktop browsing. It was initially developed in PHP with cakePHP framework but later moved on to Python’s Django. This clearly demonstrates the adequacy of Django to fit in different types of web and mobile software.

Another famous image sharing social media platform which is mostly used within the USA is a great example of Django website. Followed by Instagram, the developers of Pinterest have also been thinking along the same lines about this Python framework’s capability of handling enormous amounts of data with blazing speed and elite artificial intelligence algorithms.

By visiting their website it might seem that this is a simple Django website example. Well, it is true relative to other astonishing websites developed in Django but you might have not looked at their page containing ultra-high definition videos of space in which they have embedded some gobsmacking videos of earth and beyond.

Last but not the least, Quora - the most popular question & answer platform cannot be ignored as another brilliant Django website example. Many popular queries on quora dominate the Google search results and with many industry experts sharing knowledge and experience on this platform, it has registered the interest of users of every field.

So, we have listed some of the most popular and top Django website examples which are dominating the market and one can easily determine how the Django framework can be helpful to make their website thriving as well.

However, it is hard to find quality Python programmers that can deliver robust Django websites. If you’re looking for one, Citrusbug can be your one-stop solution.