The number of Python-based mobile applications has expeditiously surged in recent years. Thanks to its multiple frameworks that offer a feature-centric toolset to create world-class applications. This guide will help you understand all about Python mobile app development, from its frameworks to its benefits and use cases. Also, the guide will help you with the process of hiring Python programmers.

Mobile applications have become one of the fastest ways to draw an extensive customer base to your business. The advancing technology and the easy smartphone accessibility are prime factors for the increasing digital businesses across the globe. When it comes to the development of mobile apps, Python is the first choice for the majority of businesses as well as developers.

This evolving demand for Python app development is because of the significant benefits that come along with Python programming. This blog will enhance your knowledge about various aspects of developing apps in Python and guide you to hire Python developers that are best in their field. Let us start!

A high number of businesses and top-shelf companies are opting for Python app development because it offers:

Time to market an application has become a substantial factor in the competitive app market. Python is an interpreted language and offers easy code readability, which makes Python app development easier and provides a better time to market for Python applications.

Python supports prototype development and can create apps to a full size using the prototypes. In addition, it has a ‘unittest’ tester mechanism that tests the code line by line and ensures you get a high-performing bug-free app. 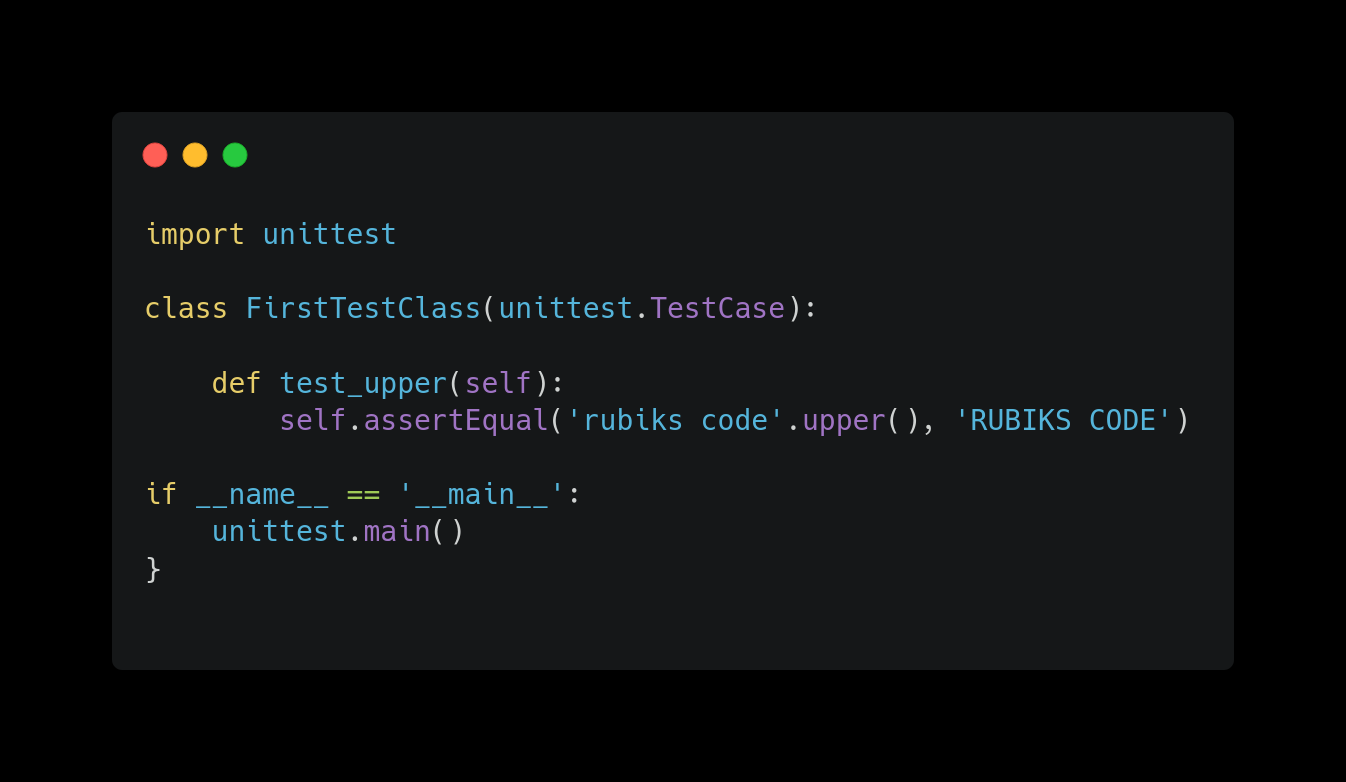 Availability of Variety of Libraries

Python has an extensive range of robust and effective libraries that can be used to develop numerous features and functions of the app. This enormous global library with strong community support help create any kind of complex Python application.

A strong reason for the preference of Python programming for mobile app development by businesses is the presence of various frameworks in the language.

Python has some advanced frameworks, such as Django, Flask, Pyramid, BeeWare, etc., that offer ready-to-use tools for creating mobile apps.

Is Python Suitable For Enterprise Applications?

Are you an enterprise and doubt that Python is the right choice for your mobile app? If so, then discard your worry because Python is one of the best choices for creating enterprise and business applications.

Its capability to handle large and complex codes and provide simple solutions to the program makes it the most admired language for developing eCommerce business apps. Oddo and Tryton are the most prominent enterprise apps built with Python.

Other than that, Python is used by businesses because it offers:

Making scalable apps has become a necessity of the application market as it caters to low initial investment and better app growth with time. Python is capable of creating apps that can be effortlessly scaled when required.

Python is mostly used because of its higher efficiency in creating functions apps. The programming language takes less time to code and shows results simultaneously in the code creation process, making it better overall productivity.

Compatibility with Major Systems and Platforms

Python cross platform app development is another reason for Python to be the favorite of businesses. Apps that are compatible with multiple platforms are the ones that find the highest success rates in today’s market. Hence, Python is suitable for building apps that seamlessly work on different platforms.

What are the Prominent Python Tools For App Development

Time and again, we have repeated that the toolset and technologies related to Python cater to the high demand for Python app development. Let us explore more about these tools and how they make Python ideal for mobile app development.

Django is a highly popular Python framework known to create clear and pragmatic interfaces for mobile applications. Apart from it, it can create the application's backend and effortlessly move an app from the concept to completion.

Flask is a microframework used to swiftly build mobile applications that are not too complex. Flask offers in-built libraries, restful request dispatching, and a unit testing mechanism, making the work development work easier for the Python developers.

Pyramid is an ideal choice for the Python cross platform app development as it offers essential concepts such as code URL mapping, security, static asset serving, etc., to build online applications for multiple platforms with ease.

Kivy is a Python framework and development library used to create mobile apps rapidly. The framework is highly dependant on various libraries for its functioning. Besides, it is GPU-accelerated and cross-platform, making it suitable for enterprise apps.

CherryPy is a Python framework that is highly prominent because of its features such as an easy setup framework and the thread-pooled web server. The framework uses various templating tools to productively build mobile apps.

Here are a few more tools of Python app development that are helpful in the creation of functional apps in Python:

Python-for-Android is an Android studio that enables independent packaging of Python code to develop standalone Android apps that can be directly installed and posted to mobile app markets such as the Play Store and Apple Store.

PyOBJus is a library of Python for accessing Objective-C classes. The objects can be easily wrapped in Python programming using this library, and high-performing mobile apps can be easily developed.

PyJNIus is a library similar to PyOBJus, which can access Java classes via the Java Native Interface.

Plyer is a platform-independent API in Python that leverages specific Python programming language capabilities and uses native mobile functions in the created app.

What are Various Use Cases of Python App Development?

Python can be used to create apps for various fields and sectors. Here are a few areas where Python app development can be done:

Python is the number one choice when building codes for games as Python code can be tested in real-time and better outcomes can be achieved. EVE Online and Battlefield 2 are some famous games built using Python.

Blockchain is amongst the most popular technologies for security purposes in today’s time. Python helps in the easy creation of blockchain business apps by creating a decentralized network by running scripts on multiple PCs.

It might surprise you, but the biggest video platform Youtube and its multiple features are designed using Python programming. Python works magically for creating high-performing audio and video applications.

Python app development is exceptionally agile. Python is capable of handling and designing complex features for apps which makes it ideal for the development of business or enterprise apps.

Machine learning is one of the most advanced technology concepts that help analyze data to determine key insights. Python offers libraries such as Scikit and Pandas that help create Python-based apps for machine learning programs.

Have a business idea for your app?

What are a Few Popular Applications Built Using Python?

These are some of the famous global apps built with Python app development:

This giant social networking app developed in 2010 uses Python to handle its backend operations and manage operations for 800 million active users per month.

The Pinterest app that is known to provide a sharing capability for visual content to the users is built in the Django framework of Python.

Spotify is a product of Python’s powerful data analysis and backend services. The highly complex, Discover and Radio features of the app are managed using Python.

The file-sharing platform Dropbox by Google that came into existence in 2007 is also created in Python and has recently upgraded from Python 2.7 to Python 3.

Uber has an active 100 million users globally, managed by Python programming to provide a secure and stable service.

Build Your Own Mobile App with Python

How to make an app with Python?

If you are interested in Python app development and want to create your app in Python, relate to these given steps:

The primary step in creating a Python app is to first create a project idea for the application that has a potential business structure and design. Once you have researched and found the idea for your business, note down its fundamentals and the desired features for the application.

Identifying and Analyzing the Project Requirements

The next step is to identify and then analyze the various aspects of your project and its development procedure. You can leverage the help of a professional Python development company to successfully implement this step and get clarity on your project needs.

Creating Front end and backend of the app

Once you have selected the framework, the actual development procedure starts, which involves:

The code for your application keeps getting tested at every phase of the development. However, once the whole app is built, the final testing is conducted as per the industry standards to check the efficiency and working of the application.

After a successful application that is tested is built, it is deployed on various platforms such as PlayStore, Apple Store, or any server if the app is based on cloud computing.

The last and one of the most crucial phases of Python app development is maintenance and support. Once your application is released in the market, its performance is analyzed and feedback is collected, which helps bring new updates to the app that helps in the further growth of the application.

Read it to know more

Python is a trustworthy resource when it comes to mobile app development. It offers an extensive set of useful libraries and tools that can efficiently create functional and highly productive mobile apps. The ease of use, flexibility, and versatility are the prime features of Python that attract businesses to adopt it for application development.

Do you, too, want to get your mobile app built in Python?

Yes, Python can seamlessly work for building apps for multiple platforms. BeeWare and Kivy, both offer cross-platform mobile development to create apps for both Android and iOS.

Yes, migration of code from Java to Python is possible. However, it may require some time and analysis to specifically migrate code from one language to another.