Python is a general-purpose programming language prevalent in various disciplines, including Software engineers, Data Analysts, Data Scientists, Network Engineers, Accountants, Mathematicians, and others. Python is gaining more traffic because its simplicity and elegance make it grow faster than others

We all are aware of the fact that Python is the fastest-growing and easy-to-learn programming language. Now to understand its popularity and useability in the tech industry, we will learn the factors that help Python to stand out in the growing market

Currently, a python programmer has many opportunities, as Python is applicable in various fields like Data Science, AI/ML, Mathematics, and Software development services.

As a result, the growing demand for python skills has led companies to hire python programmers.

Python is one of the thriving languages in the tech industry for programmers, libraries, and applications. It is general-purpose programming and a high-level performance language. That is easy to learn and dynamically initialized.

Moreover, the growing demand for python development services covers many areas of software development. To create scope for programmers to work on innovative and big projects. It is also considered the source of computer science skills.

Following an exciting fact about this language, the initial development of Python was a hobby for its creator, Guido Van Rossum, in the 1980s. The concept of building this language is accessible for everybody to read and beautiful to look at.

The motive of the python language is to solve complex issues in less time with fewer lines of code.

Why is it so popular among programming languages?

Python is the most accessible open-source coding language as it has a simple syntax to code. Because of its simplicity of learning and utilization, python codes can be handily composed and executed much more quickly than other programming dialects.

Python development services are the utmost choice for delivering big software projects in the tech industry. The cliche of Python is to keep the coding simple and elegant.

Besides the mentions, the most significant factor of the python language is that one doesn’t need to be a software engineer to use Python.

It is simple, easy to learn, and used for different disciplines like Data Science, Mathematics, Visualization, and Automation. Following some reasons that make Python rich:

Now read more about it in the next section.

Here is a list of the factors that are the reasons for the popularity of Python development services.

Beginner friendly:Python is the highly recommended programming language. It is simple to understand and easy to learn because of its English syntax. That is why it is beginner-friendly and tends to solve complex problems with less time and fewer code lines.

Let’s have an example that showcases the simplicity of its syntax.

You must extract the first four letters from “Hello World.” Now let’s compare the syntax of python with other languages. 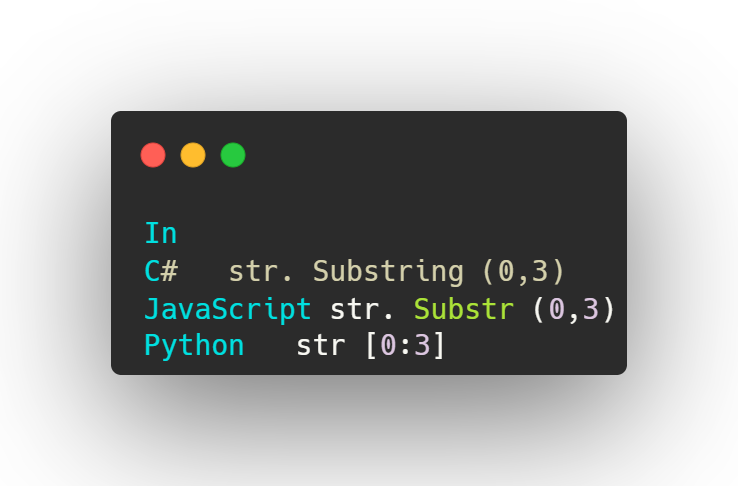 One can use python in varieties of domains that cover the area of software development, such as

A Large Community Resources: As aware of its popularity, python has a vast and mature adequate community to help and grow the developers running from beginners to experts.

One can learn from scratch about the python language with the enormous support of the community. With the help of such communities, developers never get stuck on one issue; they ask for and resolve the issue with its use.

On the stack overflow, millions of questions and answers are available about python programming. To seek help related to python, you can prefer platforms like

Also, you can get help with various python-related courses and Bootcamp to adhere more.

Python has a large ecosystem: When we talk about the ecosystem of python, it contains many libraries and frameworks.

Mentioning some common frameworks and libraries:

The number of libraries and frameworks keeps the programmer handful and makes their work easier.

Python is utilized for different automation and robotic applications. It helps industries with product improvement analysis, scraping information online, and automating manual activities. The automation process helps the programmer save time on small tasks and work on critical ones.

The automation process will be one of the essential factors in Python development services in 2023.

Python works with IoT: As remote access turns out to be always omnipresent, the internet of things (IoT) keeps on developing. These little, internet-associated devices frequently permit clients to make little changes to their code. They are also customizing the experience per their needs.

Many of these gadgets support either Python or Micropython (a downsized rendition of the programming language intended for less complicated devices).

Some of the popular IoT devices are

Python- Academic’s future: The importance of python in the academic area is expanding daily. It is becoming one of the go-to programming languages.

Institutes and colleges are setting up python courses for their technical students on their premises. So, many big ventures can hire python programmers from the placement event.

On the other hand, considering python as a computer science skilled language enlarges the possibility of learning and extending the popular areas of software development, like

Well-designed for Web Development: Python is the most convincing language among the alternatives. The python development services provide the resulting top-level web and mobile applications. It is well-designed development that offers multiple libraries and frameworks.

This language is the optimal choice of companies and software engineers to grow their career pathways.

Interpreted Coding: Besides python’s popularity, the coding is interpreted rather than compiled. This implies that the python applications can interpret code line by line at runtime without requiring pre-runtime accumulation.

This empowers designers to run their applications a lot quicker. Moreover, this helps distinguish proof of the wellspring of runtime blunders, improving the most common way of troubleshooting.

Simple and Powerful: So far, after considering the reasons, we are at the most influential factor that has caught the eyes of the audiences. Python language is easy to learn with simple syntax; however, it delivers impactful results with fewer lines of code and less time.

By considering python's popularity, here are some impressive brand examples. Such examples showcase the skills of python and why it is the utmost choice.

In conclusion, this article shares information about python and its popularity. We understood that python is a multipurpose language with simple syntax. It is a beginner-friendly language that delivers high performance. Python has the most likeable capability of solving complex problems in less time with fewer lines of code. Thus, the quick stats on why python is the first choice among the alternatives.

Python was founded around 30 years ago; there is significant and mature community support for developers. Some top communities are Stack Overflow, YouTube, GitHub, Reddit, Medium, etc.

Even though Python is a high-level language, it is easy to learn and use for general purposes. It solves complex problems in less time with fewer lines of code.

Here's Why You Need To Leverage Python - AI & Machine Learning