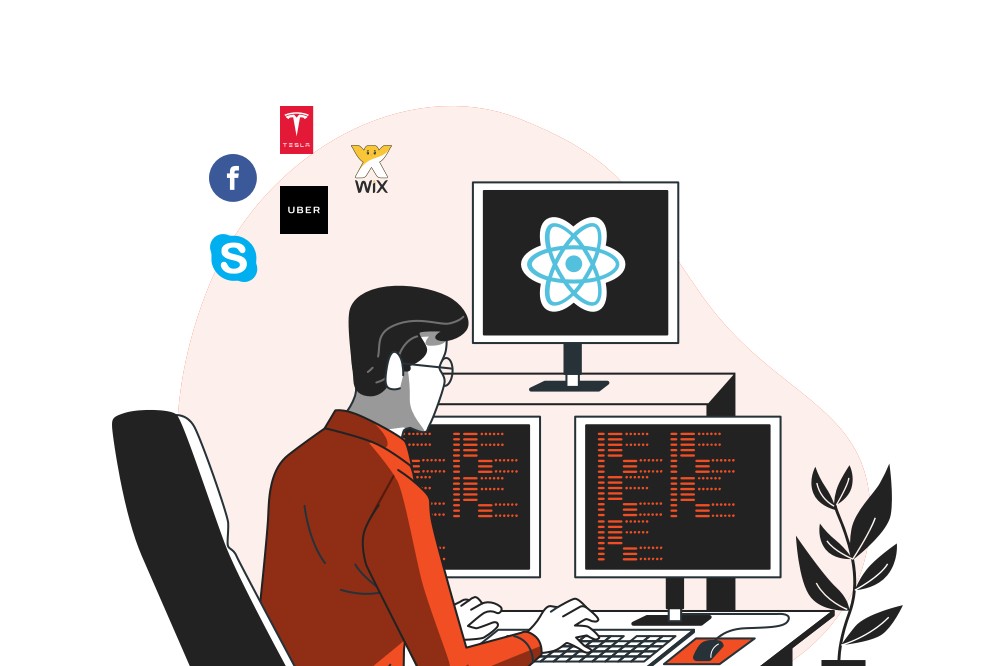 In this article, we have listed the excellent React Native app examples of popular companies that are successful and thriving in 2021.

With React being a huge success in the web development world, Facebook has launched this cross-platform, open-source mobile development framework with a strong conviction of delivering a better mobile experience while saving a fortune in development cost.

Yes, it is very much true that React Native applications can save an immense amount of money because of their cross-platform compatibility. As Android and iOS already wiped out all the other mobile platforms, programmers still have to create native applications for both separately. This tedious and “reinventing-the-wheel” process has been finally eliminated - all thanks to React Native.

Why are Big Brands more inclined towards mobile applications?

Brands these days are following an omni-channel approach, which means a customer will find the brand whether he or she is searching on Google, App store, Social media platforms, from a Laptop/mobile device etc.

This multi-channel strategy helps brands build the trust among their customers and makes the conversion process smoother than ever. And there's no better way to get in touch with customers 24x7 than mobile applications. From providing a personalized user experience to offering exclusive offers, mobile application is the best way to stick users around your brand.

With such a rich set of component libraries, there are many thriving React Native app examples out there which offer a splendid UI & UX aligned with high performance. 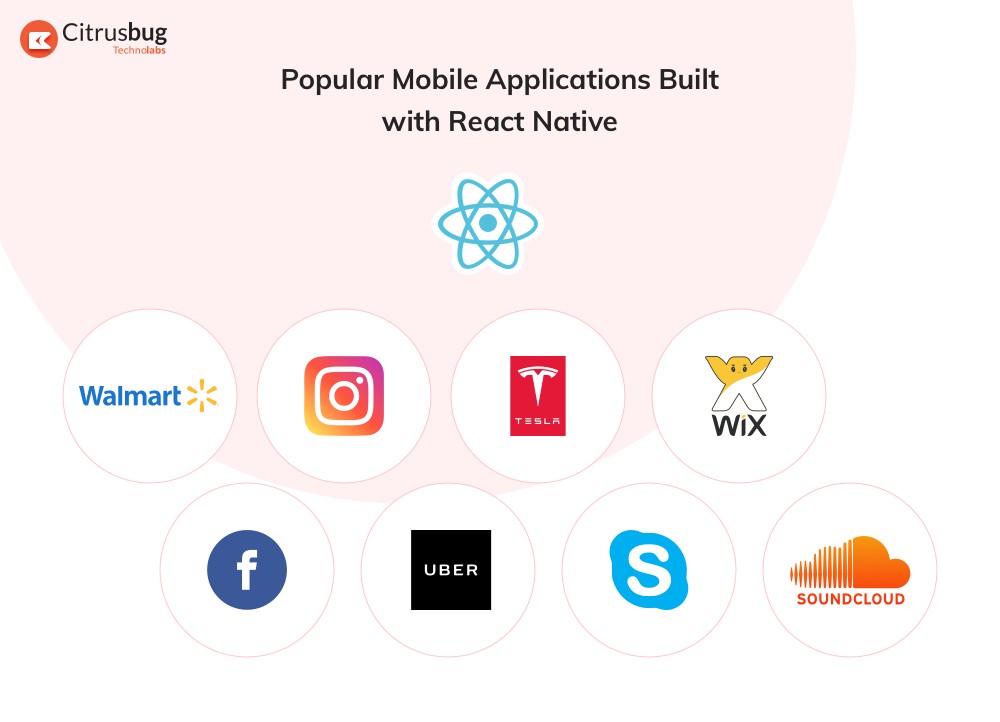 So, we will be looking at some of the best and popular React Native app examples developed by big brands:-

Nowadays Facebook is not just a social media platform and has evolved into a greater ecosystem involving groups & communities, events, jobs etc. With such a surplus user-base of more than 2.45 billion, they had to offer diverse functionalities laced with high performance. That said, the world’s largest social media platform stands as one of the best examples of React Native application which is indeed created by its creator.

It is an amazing React Native application example of another social media giant widely known for photo and video sharing. It was acquired by Facebook in 2012 and grown enormously over the years with around 1 billion active users.

Surprisingly, Instagram in 2010 (initially) also launched its application only on iOS devices in America. And later on in 2012, the Android version was released.

Walmart is one those giant retailers who never stayed behind in making their processes smarter by adopting best technologies. They have made a significant online presence and joined the bandwagon by developing a React Native mobile application.

As a company having more than a ginormous revenue of over 500 billion USD, Walmart made some substantial investments to grow its online presence and their appealing React Native app example is one of them.

Microsoft also opted for React Native for their Skype Mobile application  - one of the best chatting and calling applications in the corporate world with around 100 million active users.

Moreover, Microsoft not only has a React Native app powered for mobile platforms but also for its Windows desktop version. Universal Windows platforms do have a Github repo with React Native plugin for it which was taken over by Microsoft.

Wix is a CMS (Content management system) that helps businesses as well as individuals to build elegant websites. Currency, Wix powers more than 400k websites globally. Just like WordPress, Wix also extends its services of CMS on mobile devices. And it is interesting to note that Wix’s mobile app is built with React Native.

Based in Berlin, Germany, SoundCloud is a platform especially for aspiring musicians to share their tracks and connect with the community. This is another popular React Native app example that is widely admired by music lovers.

Now let's shed some light on food lovers! UberEats application is not a new name among them. It gained massive popularity along with Swiggy and Zomato.

However, UberEats has amazing features including location-based delivery tracking and can be regarded as a propelled React Native app example.

Tesla is a top accredited company involved in the production of smart electric cars. Their mobile application can not only locate cars but can also control the whole car up to certain limits. To develop this highly-functional mobile app, Elon musk led Tesla also chose Facebook’s React Native framework.

We’ve listed some excellent React Native app examples that are enough to demonstrate the capabilities of this prestigious mobile framework. Besides this, there are many other well-architected and designed React Native applications admired by developers.